Sarah's life - Sarah Bernhardt, pictures of the past

She was born 23 october 1844 as Henriette Rosine Bernard in Paris, France. Her mother was Jewish and originally came from Amsterdam, the Netherlands. Her father remains unknown. She changed her name into Sarah Bernhardt because she wanted to hide her Dutch background. She began performing on stage in the early 1860's  and soon became known for her charismatic and melodramatic performances in classical plays such as  "Phèdre" (1874).  Bernhardt began touring internationally in 1880 to cities across Europe and the United States. Being the most famous actress of the "Turn of the century" (1880-1920) she was called "La divine".Although she is chiefly remembered as a star of the stage; her roles in the early days of cinema helped to bring credibility to the new medium. Her most famous films are "La Dame aux Camélias" (1911) and "Queen Elizabeth" (1912). Sarah injured her right leg badly when she jumped from the stage in 1905 and in 1915 it was amputated. However, she continued to tour and perform. Sarah died in 1923 and was buried at the "cimetière du Père-Lachaise" in Paris, France. She was honored posthumously with a star on 1751 Vine Street, Hollywood Walk of Fame. 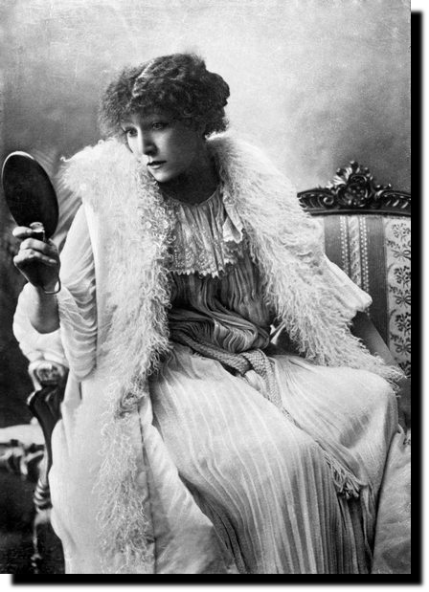